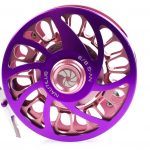 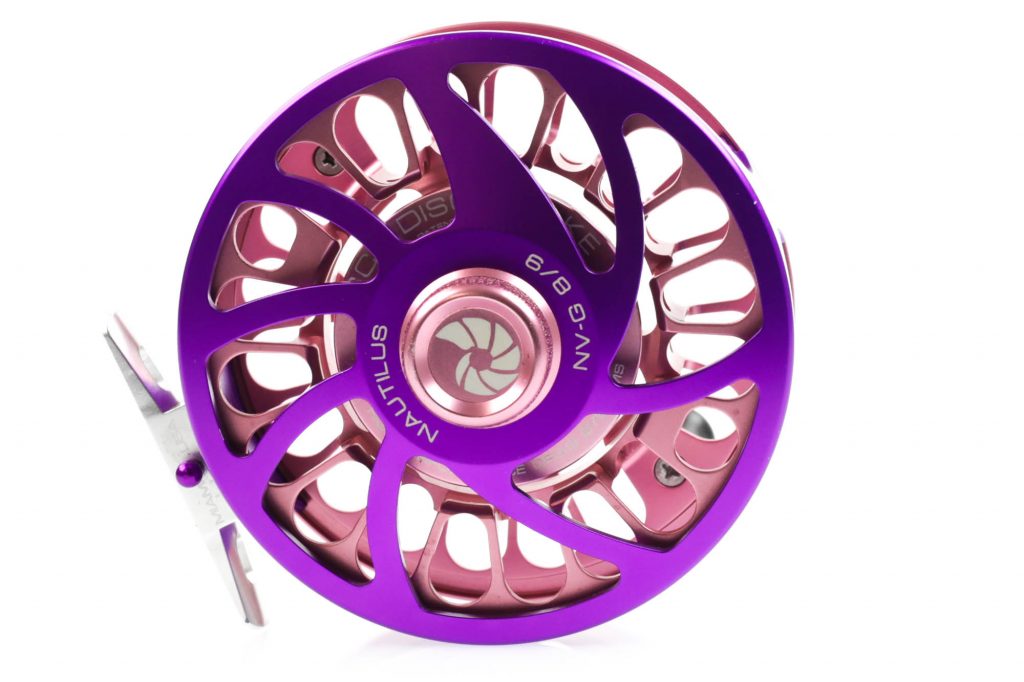 Please remember that there are no ads on this page and 100% of our funding comes from your purchases, so if you find this review to be informative, please help us keep the reviews coming by purchasing your next fly reel from us. If there was one question we received the last time we did our 8-weight Shootout more than any other, it was about the omission of the Nautilus NV-G. Despite that, it’s become one of our bestselling reels. The NV-G replaced the older NV as the crown in the Nautilus lineup. They made one crucial change to the reel, which was to make the spool bigger. That meant that they took what is by today’s standard, a mid-arbor reel, and turned it into a high performance machine. This should come as no surprise since Nautilus is based in Miami and has more access to top saltwater guides and test water than any other reel company. Once again, we’ve combined two reels (the 7/8 and 8/9) into one review to save you from reading more or less the same thing twice.   8-Weight Shootout Full Results

The 7/8 weighs in at 7.9 ounces and the 8/9 came in at 8.4 oz. Both are heavier than we’d like, but unfortunately, that’s normal for a high-end reel. Both reels were substantially heavier than Nautilus quoted. 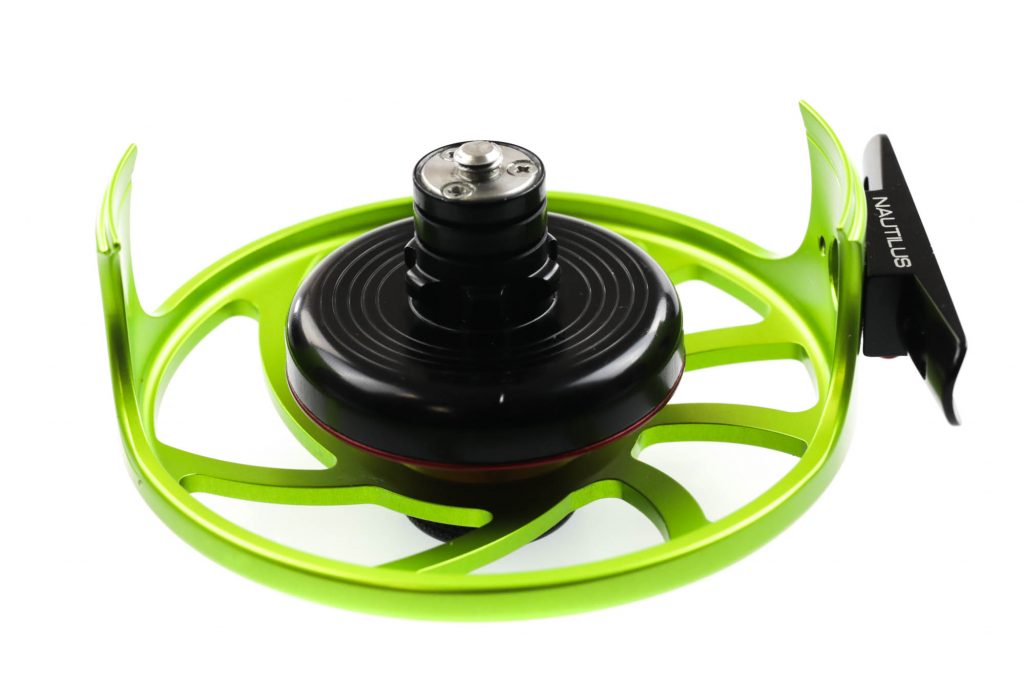 Both the 7/8 and 8/9 share an identical drag system, the only difference we noticed was that the 7/8 had an extra ¼ turn which gave it a little more torque. To recap our little physics lesson, the numbers are different due to a smaller arbor on the 7/8. We’re going to discuss the 8/9, but please check out the chart for the exact specs on both reels. The NV-G 8/9 maxes out at a respectable 8.5lbs of drag, and 5.6lbs of this is easily accessible. While not topping the chart (the 7/8 has a little more drag on the top end), it’s totally adequate. The issue with the NV-G is in its range of adjustability: at half drag, you only get .7lbs, which is closer to what we’d like to see for a minimum drag than the halfway mark. So, we’re now essentially playing with a single turn drag reel which makes it really hard to dial in the drag that you really want. This is made worse by the fact that the drag knob is really hard to turn once the drag is engaged. 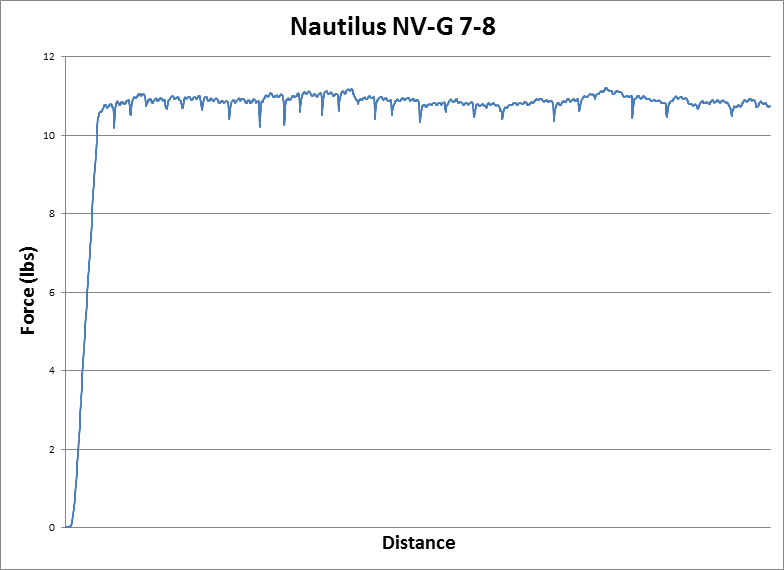 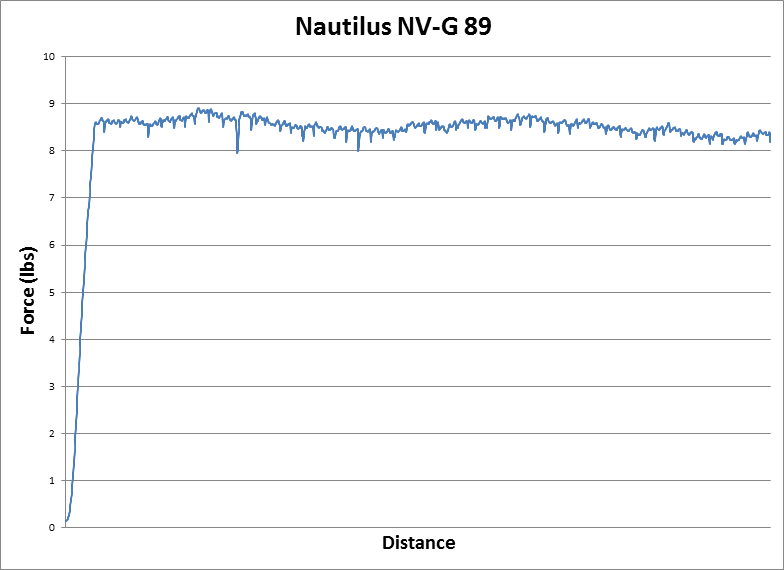 The NV-G is silent on the incoming and pretty nice on the outgoing! We’d still prefer an incoming click as well.

Both reels feature a great ported spool that picks up line fast. The 8/9 edges out the 7/8 by about half an inch per turn, and has greater backing capacity. While nowhere near as good as the Loop Speedrunner, both reels are near the top of the pack in terms of spool design.

There’s no question that Nautilus makes some of the best looking reels out there. The quality of the machining as well as the fit is top notch. Not enough for you? For a few extra $$ you can customize the reels in a myriad of color options. Nautilus also takes the award for our favorite handle. It’s long and wide enough to grasp, but has that extra flare to make it super comfortable. The drag knob on the NV-G is too small, however, to be effective. 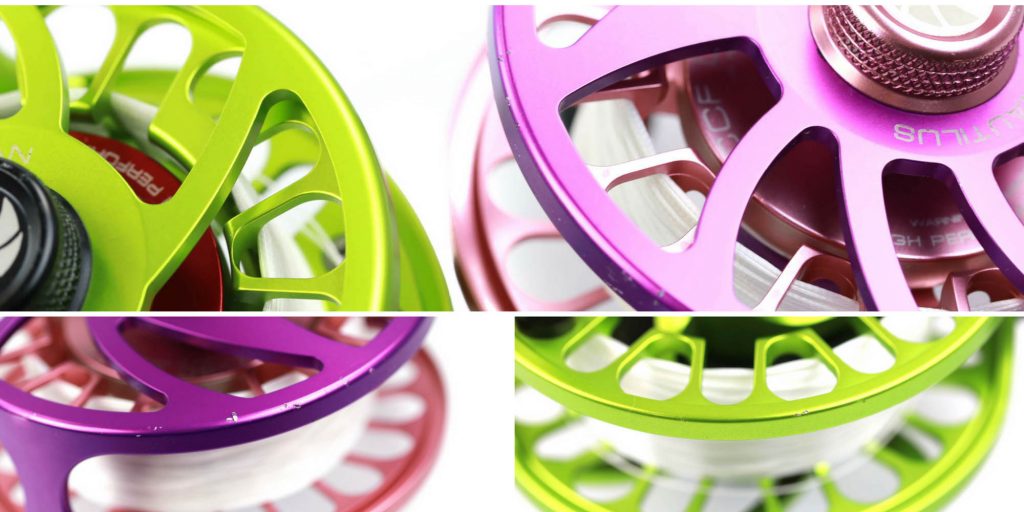 Probably the biggest difference we saw between the two reels was in durability – and I’m not really sure why. The 8/9 really got pretty badly beaten up, whereas the 7/8 came out smelling like a rose. Could it be the extra weight? Sure. Could it be the color? Maybe. Could it be luck? Possibly. Both reels feature a ported reel foot, which, as we’ve said in many reviews so far, greatly reduces the durability of the reel foot.

All in all, I feel somewhat redeemed by this review. Had we tested the NV-G back in 2013, the results wouldn’t have changed (I still think Hatch had a slight edge). The NV-G is an excellent reel all-around reel, with one major issue: drag adjustability. I’ve fished the 8/9 extensively, and I can say that it’s definitely an issue and that it’s really noticeable. That said, the Nautilus NVG is a great reel that was way ahead of its time when it came out. Today, we prefer the newer, better, CCF X2.     Buy it with Free Shipping here.