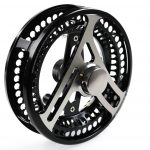 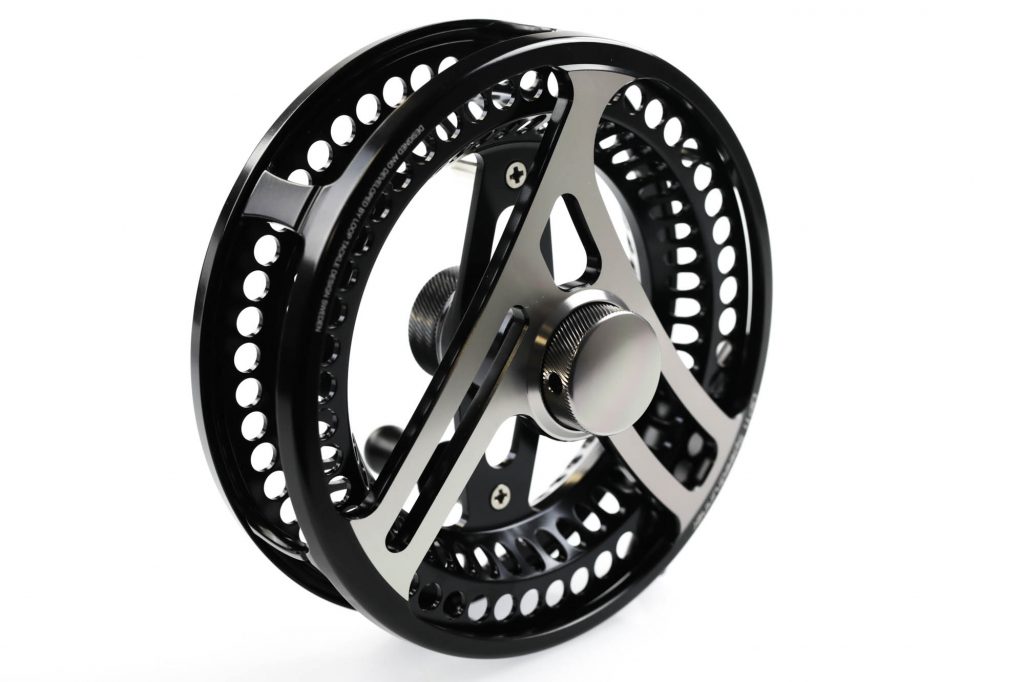 Please remember that there are no ads on this page and 100% of our funding comes from your purchases, so if you find this review to be informative, please help us keep the reviews coming by purchasing your next fly reel from us. Next up in our shootout is the Loop Opti Speedrunner. There are 3 reels in this test that stand out from the pack in one way or another. The Speedrunner is one of them. It takes only a moment to see why. It’s gigantic. Loop has taken the concept of ‘large arbor’ to the next level. Despite its massive size, the Speedrunner actually shares a lot with both the Evotec and the Opti Strike, so rather than re-write big chunks of that review, I’m going to recommend that you read it, here.   8-Weight Shootout Full Results 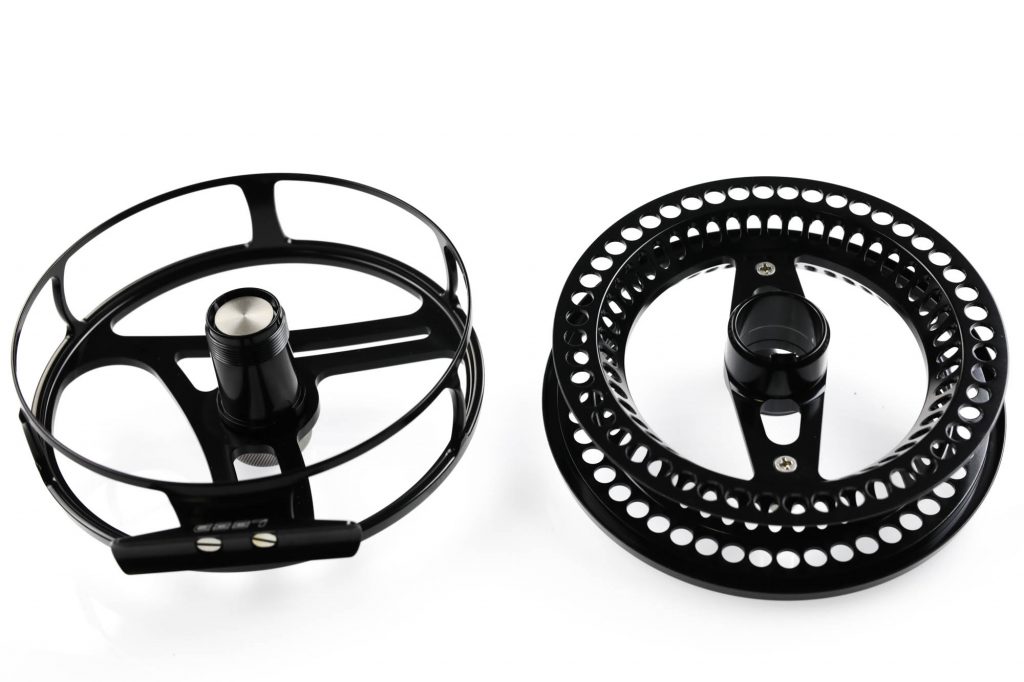 Looking at it from the outside, the drag on the Opti is nearly identical to that of the Evotec. Yes, I know that there are differences on the inside and it’s what’s on the inside that is supposed to matter, but we only really care about what we’re getting out of it. And that is: 4.4lbs of max drag, 2.5lbs of effective drag, 43% at the half, and a much better minimum drag of .68lbs. I’ve provided more details on how and why in the review of the Evotec, if you’re curious to know more. The Speedrunner suffers from a small amount (7%) of startup inertia (see below), and while it's a lot in this day and age, it's actually not something that should concern most anglers. Note: all of the Loop reels were tested with the drag as it arrived from the factory. No further adjustment was made. 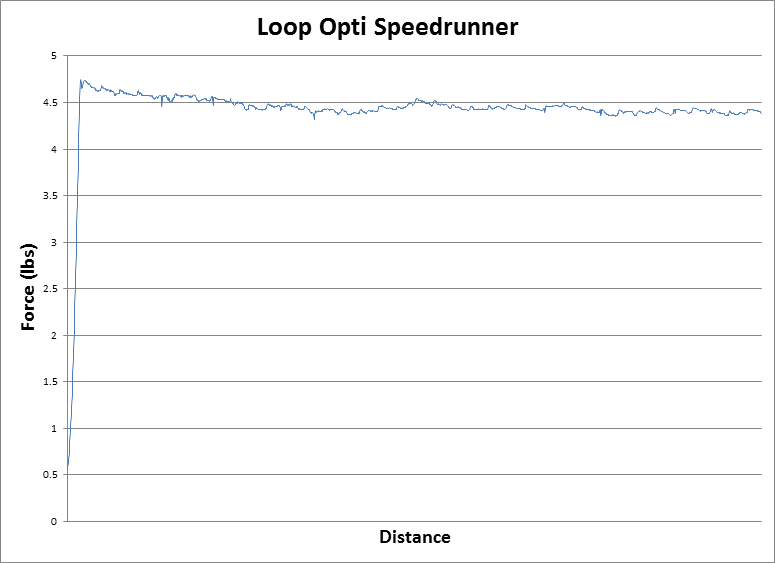 Silent coming in, soft going out – not my favorite.

Ok, you probably just skipped to this part, because let’s face it, this is where it gets interesting. The insanely large spool on the Speedrunner is by far the biggest in the test. In fact, it has a larger diameter than the Hatch 11 Plus. To make things even better, they've added a V-shaped spool which effectively increases the size of the already large arbor. So that’s cool, but what does that mean to you as an angler? It means that it picks up line 20% faster than the next closest spool, and 30% faster than the Hatch 7 Plus. That’s insanity.

The looks are pretty similar to the Evotec (except for size of course) so I won’t go into it in much greater depth. From an ergonomics standpoint, they’ve made some improvements. It’s got a better handle but it’s not on the edge of the spool, so you lose some of the mechanical advantage gained by having such a large arbor. The drag knob is still puny and the spool release cap is still loseable L. 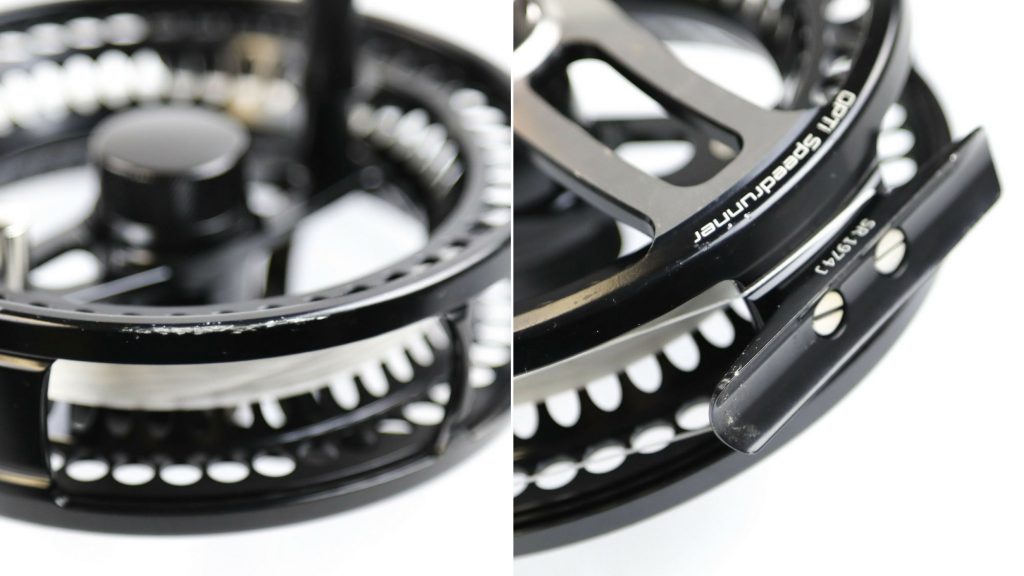 The Loop Opti Speedrunner is like a race car. It’s expensive. It’s ridiculously fast. But… maybe not something you’d want to drive every day. When I imagine the perfect reel, I want something ridiculously fast, but is this maybe going overboard? Is there a way of making a reel pick up line faster without having a near 5” diameter? How does it affect the balance and MOI of a rod? These are just a few of the questions to which I have no answers. There are very likely angling scenarios where having a Speedrunner would convey a very distinct advantage over any other reel. If you need it, get one. If you didn’t look at the specs and instantly know that huge line pick up was your number one concern, there are probably better and more well-rounded options. Some minor ergonomic changes would make this reel a competitor for sure.