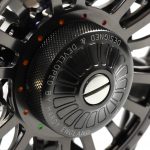 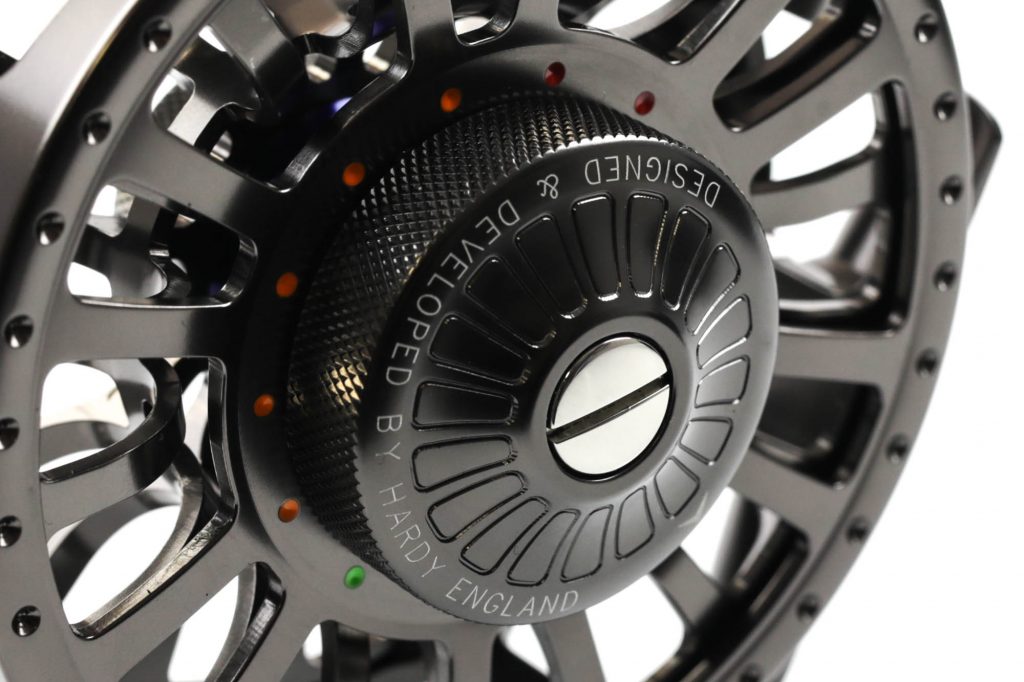 When we first test the Hardy Fortuna 5 years ago, it blew us away with its drag strength. There was just nothing else on the market that was even close. Today, that has changed, but only a bit. The new Hardy Fortuna XDS still touts its huge drag, but how has it progressed since the last time we tested it?

8.8 ounces. One of the heavier reels. 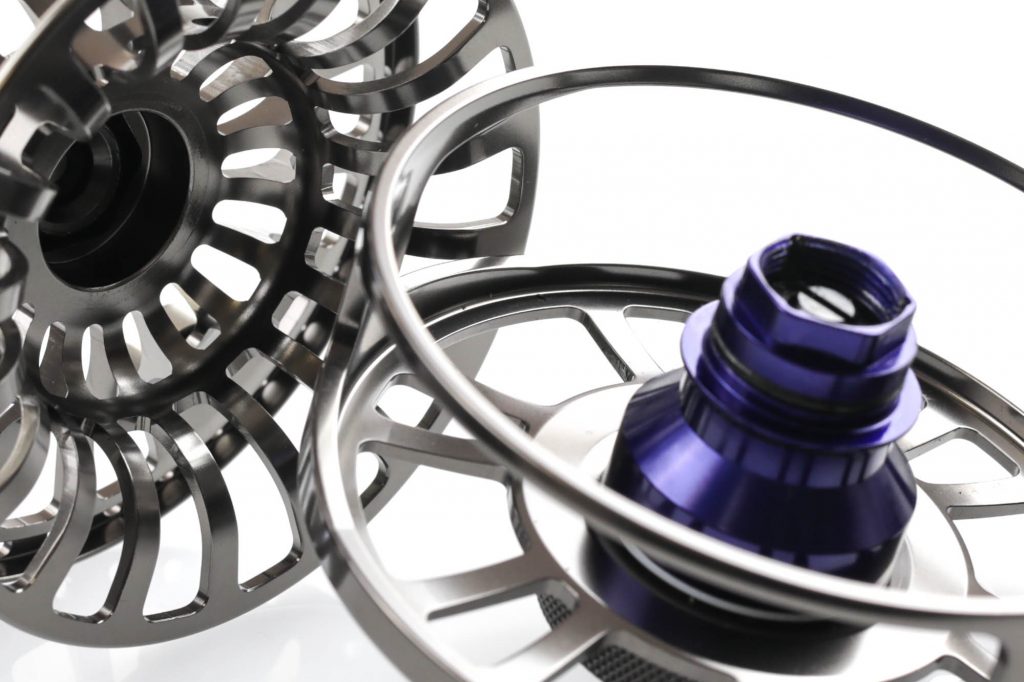 True to form, the Fortuna has some rocking drag strength. At 22lbs, it takes 3rd place in the max category, but since it’s got a hard stop all* of this is accessible. I put an asterisk here because it actually does get really tight at the top end, but really only about one detent and since it’s got such a narrow range it really wasn’t fair to back it off a quarter turn. It’s still got TONS of usable drag.

Single turn drags are a novel idea. Unfortunately, we’ve yet to see one that we’ve really liked. They all suffer from the same problem: not enough adjustability. The XDS is no different. At the halfway mark, the XDS drops to just 2.5lbs of drag. On its own, that’s not bad, but it just makes it way too tricky to try to dial in say 5lbs of drag when you have only 7 detents between 2 and 22 lbs – and it’s not linear! I know that I’ve been in many situations where a trophy fish unexpectedly grabs my line and I have had to adjust this on the fly. 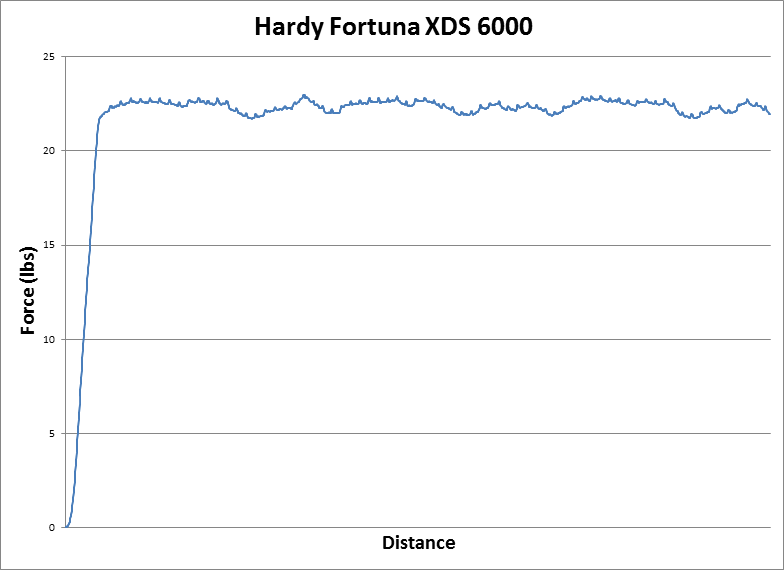 The Fortuna sounds great! It’s got a pleasing click on both incoming and outgoing.

Why didn’t the Fortuna win our shootout in 2013? The spool. It’s essentially a mid-arbor reel. This hasn’t changed on the XDS and it’s still the biggest issue. It’s almost 50% slower to pick up line than the Speedrunner.

The Fortuna XDS looks and feels great. Despite being built overseas, you don’t get any sort of ‘cheap’ feeling from this reel. Match that with a great handle and an awesome drag knob, and you’ve got a winning combination! 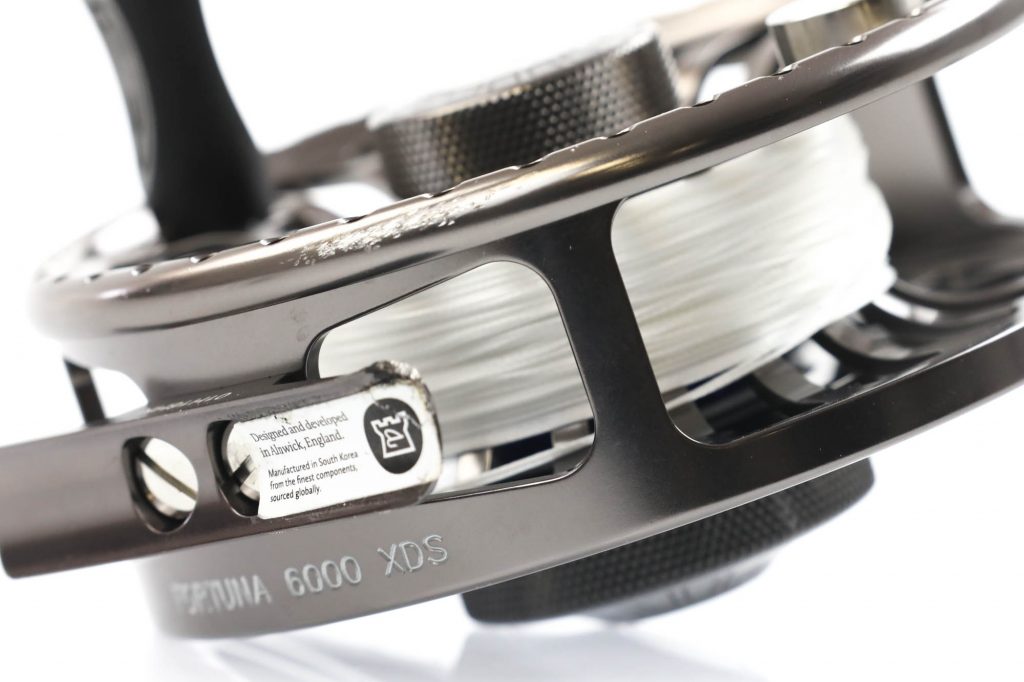 The finish on the Fortuna was definitely a step up from the SDSL. It stood up to drops and scratches much better, but nowhere near as well as the top reels. You'll note that the reel foot was also bent, but we felt that this was somewhat random and didn't overly penalize reels for this.

Lifetime to the original owner + $35.

If you were a fan of the old Fortuna, you’ll probably like the new Fortuna XDS. It’s mostly the same reel with some upgraded looks. Unfortunately, the “improvements” that were made to the reel weren’t really improvements at all. I can honestly say that the old version was a better reel overall. The biggest area of improvement (the spool) was entirely overlooked. I can’t help but think that a larger arbor would have made this the reel to beat.