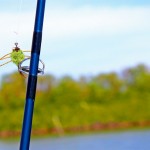 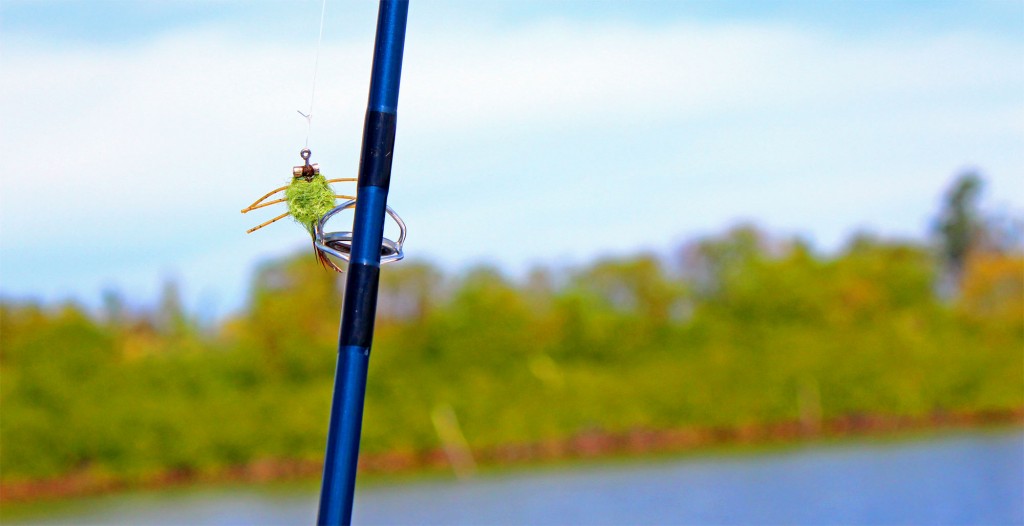 I recently spoke with my guide Dion about the best producing flies for Turneffe.  (This usually came up in conversation after another refusal by a permit, asking: "what the heck should I tie on now?!") Along with specific patterns, a key factor in fly selection is weight.  What makes this an even more important variable at Turneffe is the diversity of flats and fishing situations.  You could find yourself wading a very shallow coral flat of about 2 feet and then casting to fish in 6-8 feet of water in a soft-bottomed area later that afternoon.  So to have not only good patterns, but various weights to get you in the strike zone, is imperative.  For instance, I found that flies like the EP Turneffe Shrimp or small Bonefish Bitters did the best on the shallow flats and the heavy and/or bigger flies, like the Merkin or Rag Head did the best in the lagoons or deeper sections of sandy and turtle grass flats.  Also having two rods rigged and out of the rod holder for different scenarios/species was a huge help too (I'll save that for another article). To join us and get details on our upcoming hosted trip to Turneffe Atoll, Belize April 22-29th click HERE To read my recent trip report from Turneffe Flats click HERE I selected the specific (pictured) flies below for not only their effectiveness, but they also are all widely known and available to purchase and/or easy to tie.  Most of them have numerous tying videos on YouTube - enough to keep you occupied through the winter.  Everything except for the EP Turneffe Shrimp is an Umpqua version. 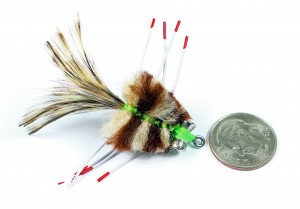 Del Brown's Merkin Crab - This was one fly my guide seemed to be always asking about. If I was looking to change my fly, this was a pattern Dion usually thought could be a good option.  It's a proven pattern from the Keys to Belize. The colors, like pictured above, work well in turtle grass bottoms as the lighter colored appearance makes it easier to see (by both angler and permit). 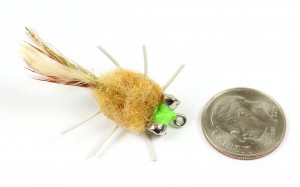 Rag Head  - I figure it makes sense to include the fly I got a 25lb permit on.  The Rag Head is a fairly well known and available pattern.  Pictured above is the Umpqua version. I used a lighter variation of this in the turtle grass (again for contrast), but a darker version would be great on the sand/coral flats.  What made this a good fly for me was the combination of color, weight, and action.  When it was really windy and I was trying to throw very heavy flies into 20mph wind to permit in 6 feet of water, it was tricky with some other heavier/larger patterns like the EP Permit.  But this was just heavy enough to get to the bottom quickly and also easier to cast on a 9wt.

EP Turneffe Shrimp - This is a great bonefish fly for the shallow coral flats at Turneffe.  It's a very lightly weighted pattern that has plenty of shine to attract a fish.  With some of the flats at Turneffe being about 2ft with heavy coral bottom, this fly proved very effective in staying in the strike zone, not getting stuck on coral, and allowing me to regulate depth with various retrievals.

Christmas Island Special -  This is a pattern that is a highly effective bonefish fly from the Bahamas to Christmas Island and beyond. Similar in it's appeal to the EP Turneffe Shrimp, the Christmas Island Special is a perfect combination of weight/attraction that's very useful at Turneffe.  Plus, it can also be an effective fly for smaller permit.  It can be easily tied with various (lighter) weight options Tarpon Screamer (Purple/Black) - This would be my one tarpon fly for Turneffe if I had to choose.  A lot of the tarpon fishing at Turneffe is done with intermediate and/or sinking lines.  Further, it's the deeper channels/creeks/mangrove edges/lagoons where most of the tarpon fishing is done.  Although I did see some tarpon in the clear water flats,  this generally means darker water.  This pattern, plus the purple & black coloration, provides not only a good profile but good visibility in the darker water.  This pattern is suitable for not only the good population of resident tarpon, but also for the larger migratory fish they see from April-August. Here's the full list of top Turneffe flies...