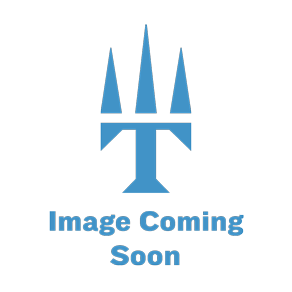 It’s hard to make a freshwater fly line that does everything well. SA designed the Amplitude Infinity line for anglers who value versatility and performance. This line is built for nymphs, streamers, dry flies, and really any typical freshwater angling scenario. With a versatile taper and built a half-size heavy, this is truly a line that works on most rods and in most angling applications. SA loaded this line with features including a camo tip that encourages stealthy presentations, and it’s easy to see why this line has received so many awards since its release. Freshwater anglers who are looking for a line that provides ultimate versatility and incredible performance, this is the line for you.

AST Plus Slickness - SA has built a number of important features into this line. AST Plus Slickness allows anglers to quickly shoot line with friction-minimizing performance. Welded loops on both ends allow easy leader/backing attachment. A braided multifilament core is strong and supple for versatility and durability. The Amplitude Infinity also features a floating texture on the tip section and a shooting texture on the running line for floatation in the front half of the line and castability in the back half.

Versatile Freshwater - The Amplitude Infinity is SA’s ‘do-it-all freshwater fly line offering’. This line is built for a variety of freshwater angling scenarios and works well when partnered with nymphs, streamers, dry flies, and more. It strikes a nice balance between delicacy at longer distances and a taper that can load fast-action rods at short rance. While it doesn’t do one thing particularly well, it’s built to do everything so you never have to worry about having multiple lines on the river. This is a great line for beginners and experts alike who want a freshwater fly line that will allow them to use a multitude of techniques on the water.

Cold/Moderate - This line is made to be used in cold and moderate climates including freshwater streams and rivers, lakes almost any climate. That being said, this line will turn limp in tropical climates and isn’t meant to be used in high heat.

Half Size Heavy, Versatile Taper - The Amplitude Infinity fly line is built a half-size heavy which means the WF5F version of the line has a grain weight of 150gr in the first 30’ of the line with an overall 30’ weight of 9.8 grams. The head length on the 5wt version of the line is 49’ which means that this line can load fast-action rods at short range but also has the versatility to carry line in the air and present smaller flies at longer distances. SA built this line to have a versatile all-around taper and the measurements confirm that effort.

Specs
Write Your Own Review