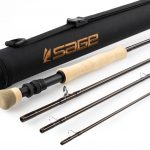 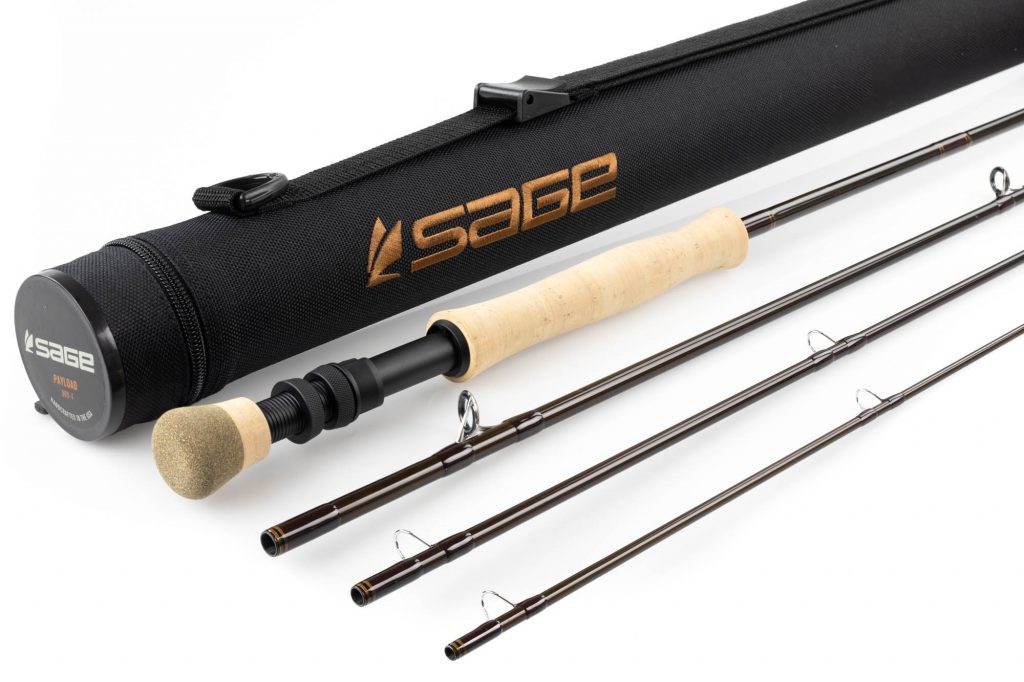 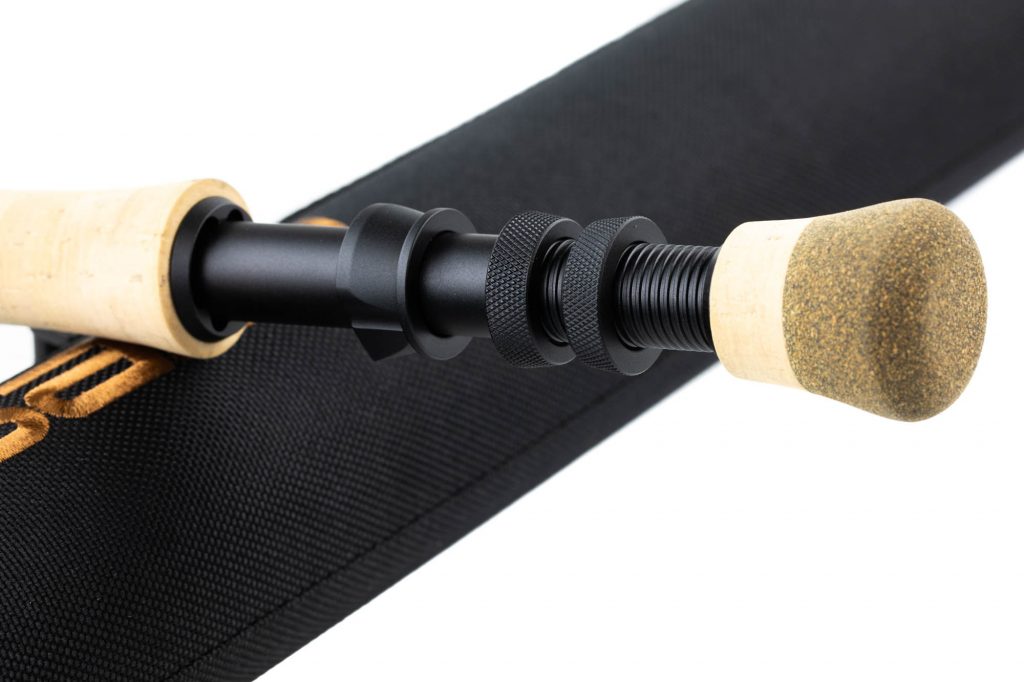 These rods are tannin in color and feature burgundy and bronze thread and trim wraps. The rods are finished with tangle-free torzite-style Fuji ceramic stripping guides and extra large hard chrome snake guides. Sage put a heavy-duty laser engraved aluminum reel seat on the PAYLOAD to stand up to the harshest conditions including saltwater environments. A double uplocking component will anchor reels large enough for the hard-fighting predators the PAYLOAD is made to target. These rods also include a super plus full-wells cork handle and a durable fighting butt to fight large fish effectively.

At 4.48 ounces, this is a heavy rod. It weighs in at nearly the exact same weight as the 9' 8wt Winston Boron III Jungle, another rod designed for big game and heavy fly lines. The swing weight of the Payload is also heavy at 91.7.

The Payload's performance at distance was no surprise. It took us a little while to harness the rod's long distance performance, however, in part due to line choice. Sure, if you want to quickly unload a lot of fly line at distance the Rio InTouch Outbound Short is the line for the job. We found that the Payload loaded better and was more accurate with the SA Grand Slam, however.

The longer head of the SA Grand Slam allowed the Payload to load deeper at longer distances to maximize performance and accuracy. The rod carried line in the air well and delivered a streamer on target most of the time. In fact, Ben liked the Payload's performance at distance better than the Sage Igniter - which is saying something because the Igniter is almost twice the price.

The Payload is very accurate at 40-feet with a short-headed fly line with an aggressive front taper like the Outbound Short. When we switched over to the Grand Slam at 40-feet, a line with a longer head, the rod almost didn't even load fully. As a rod designed to cast big flies and fight big fish, it makes sense that it takes a front-heavy line to gain short-range accuracy.

At 80-feet, the Grand Slam taper's longer head made the Payload incredibly accurate. We put the fly on target nearly every time at 80-feet with the SA Grand Slam Fly Line and it's obvious that the Payload is one of the best rods on the market for long distance casting when properly lined. 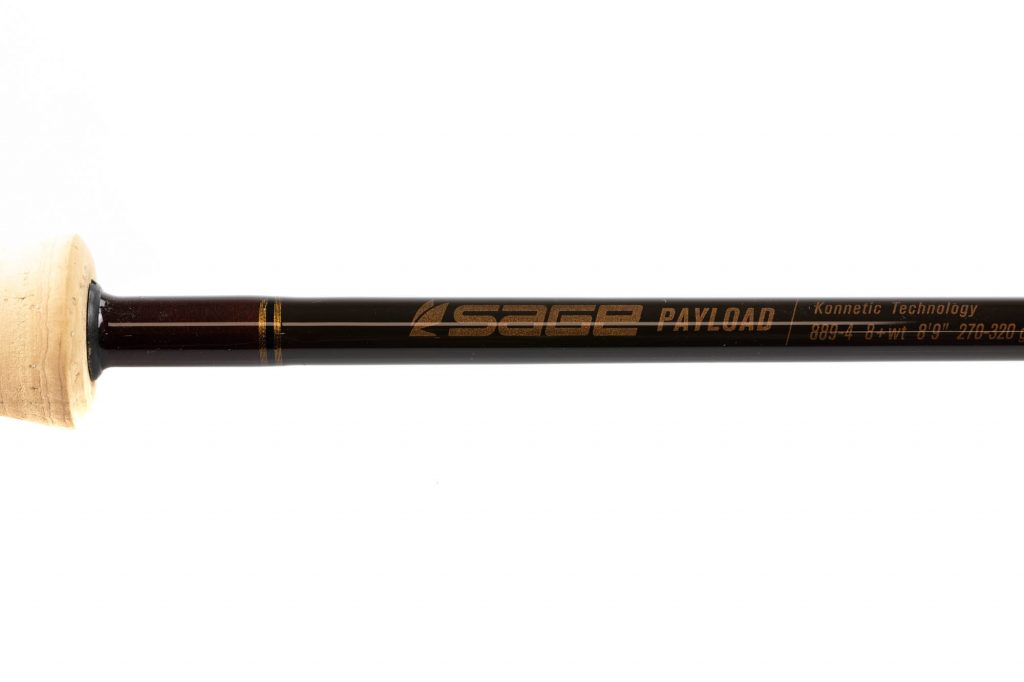 This is a fast action rod. As such, it takes a heavy line to capitalize on the rod's powerful butt section. Sage labeled the Payload we cast as an "8+" which means it's really more like a 9wt or 10wt so overlining it will maximize rod flex and performance. That being said, the rod did cast really well at shorter distances due to its powerful tip.

This isn't a rod that's going to provide a lot of feel on the water. It's just too big and too heavy to be ultimately sensitive like rods designed with sensitivity in mind. But when partnered with the right line the Payload is as high performing as any rod on the market. Cast one today with our Castability Guarantee and let us know what you think of the Payload's flex and feel in the comments below.

If you're looking for a rod designed for Pike, Musky, and other predatory fish, especially in the mid-price range, the Payload is a solid option, especially at its price range. This rod is highly accurate at all distances when properly lined and will certainly deliver large flies on target even in high winds. While the rod is a little on the heavy side, it has loads of power and is stellar for technical big-fly fishing.