How To Read the Graphs

How To Read the Graphs

One of the most interesting parts of our 8-Weight Challenge was the great data we got from Admet - which we translated into easily readable graphs.  Here's a quick guide to help interpret the graphs.

For each test, the initial rise is caused by the stretching of the line before the drag engages. Once it engages, the drag strength is easily visible on the Y-axis. Drag smoothness is also easy to see. Ideally, you'd want every drag to be a horizontal line, which corresponds to perfectly uniform drag force across the test.  In reality, we see some waviness.

Start-up inertia is easily visible in the graphs. It shows up as an initial spike, followed by a drop. Keep in mind that these tests were performed at 40 inches per minute. At higher speeds, this effect is greatly exacerbated. 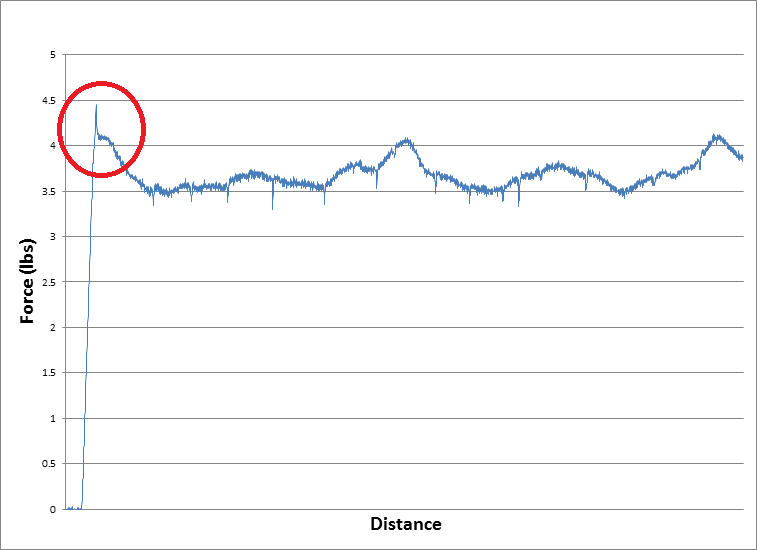 When backing isn't wound with enough pressure, it's very easy for the line to "bite" into itself.  This significantly decreases drag smoothness and performance. In fact, it has a larger effect than the quality of the reel itself. 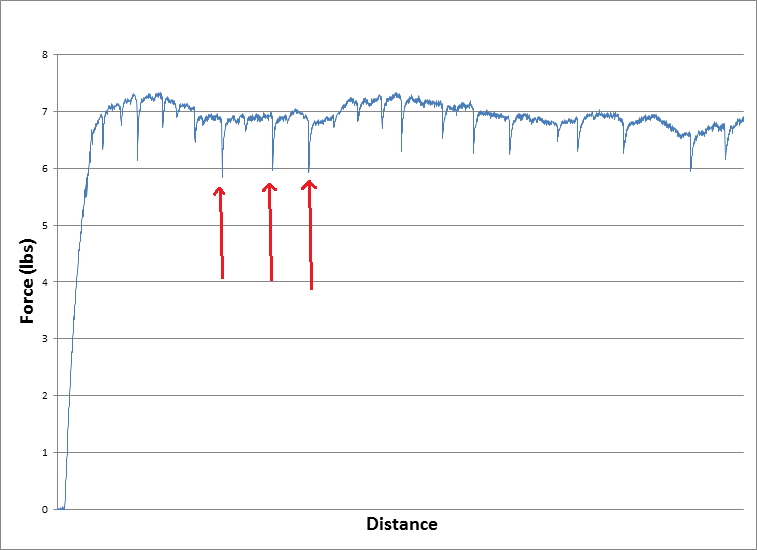 Admet's testing machines were so accurate, that we could even see the effect of drag clicks. There's a slight change in drag strength as the clicking mechanism interacts with the spool 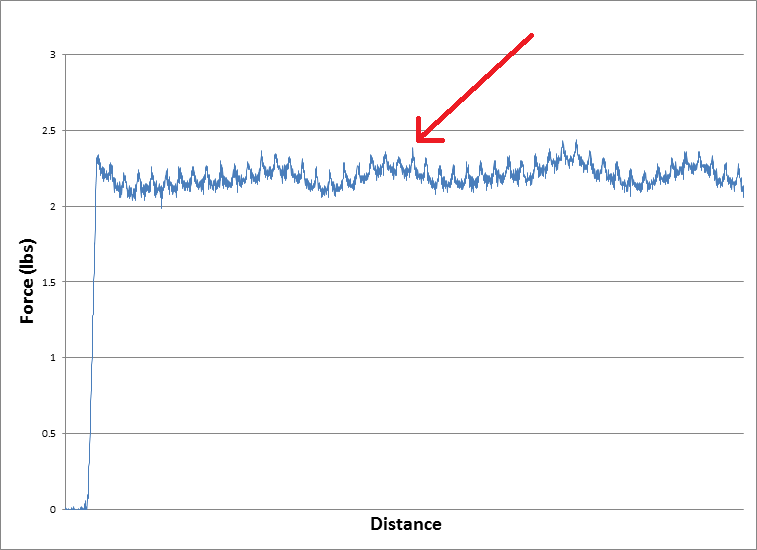 Still not sure what you're looking at? Ask us a question by leaving a comment below!