How to Choose the Best Fly Rod for Musky 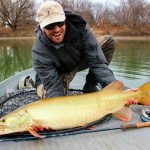 How to Choose the Best Fly Rod for Musky

Musky, similar to Pike, are large critters with big teeth. Many anglers fish one fly rod for both species. The fish are similar - both long, large, aggressive and wildly predatory, which makes targeting them on a fly rod loads of fun.

Northern Pike are widely distributed across the northern part of our continent. Musky, however, have a smaller range that includes the Great Lakes and water as far south as Tennesee. While the two species are hugely similar and the decision process when choosing a fly rod for both species is also similar, the two species do have some differences. Therefore, we decided to split up the Pike and Musky blog posts.

If you haven’t read our post about choosing a fly rod for Pike, find it here.

The recommendations, considerations, and rationale from that article also apply when choosing a fly rod for Musky so I won’t restate those insights. That being said, there’s a reason Musky are considered ‘the fish of ten thousand casts’. Musky are moodier, rarer, and often more difficult to catch than Pike, especially the larger fish. Musky also tend to eat larger flies that move a lot of water so fly choice and technique differ a bit.

Let’s start with some advice from the rod designer at T&T, Joe Goodspeed, who’s spent countless hours targeting Musky with a fly rod and designing fly rods specifically for these large predators.

“For me, there are a couple of critical points for a Musky rod to perform effectively. Having a little extra length on a fast action rod to keep the rod tip deeper in the water on the retrieve and to make deeper movements boat side than a 9-foot rod is probably the most important factor for me to get pressured muskies to bite flies.

Having that longer rod also helps create more effective hooking angles when a Musky eats coming at the angler, at the end of the strip, or boat side. It can also be very helpful when a Musky is hooked far from the boat, and the rod must apply sufficient pressure as the angler strips to stay tight and get the fish under control."

While a 9wt is the most common fly rod for Pike, Musky require larger flies and a larger rod. Most anglers prefer a 10wt or 11wt and some even use a 12wt for big fish. These are massive rods and casting them all day isn’t easy especially if you’re casting 10,000 times to get a single fish to eat.

Condition yourself; many anglers buy a rod and unwrap it on the water during their first Musky trip. This approach is a surefire way to develop muscle soreness, fatigue, and poor casting performance on the water. Cast that 11wt on the grass or in a pond leading up to your Musky trip; you’ll be glad you did.

Large and light is a common theme in flies made specifically for Musky. Flies that are large and light are difficult to cast, especially in high winds. A larger rod with a fast action design is most efficient for casting large flies. A rod like the Sage Igniter, or other highly specialized rods, would be a great option when targeting these big fish in tough conditions.

Musky also have a tendency to follow a fly without eating it. This phenomenon is shared by Pike and can be incredibly frustrating on the water. A rod with a fast action and a strong rod blank will allow the angler to efficiently strip, pick up line, recast, and strip again when a fish doesn’t eat. Larger rods are built for quickly picking up and putting down fly line, so a 10wt or 11wt is the best option when enticing these stubborn predators.

This ‘follow but don’t eat’ phenomenon also means Musky are often hooked close to the boat. Keeping the rod tip in the water is a common technique in Musky fishing as Joe Goodspeed points out. Having the rod in the water allows the angler to add movement to a fly and keep it in the water as long as possible to give a following fish enough time to eat. Rods with increased length are easier to stick deep in the water and lead to more hookups boat side. 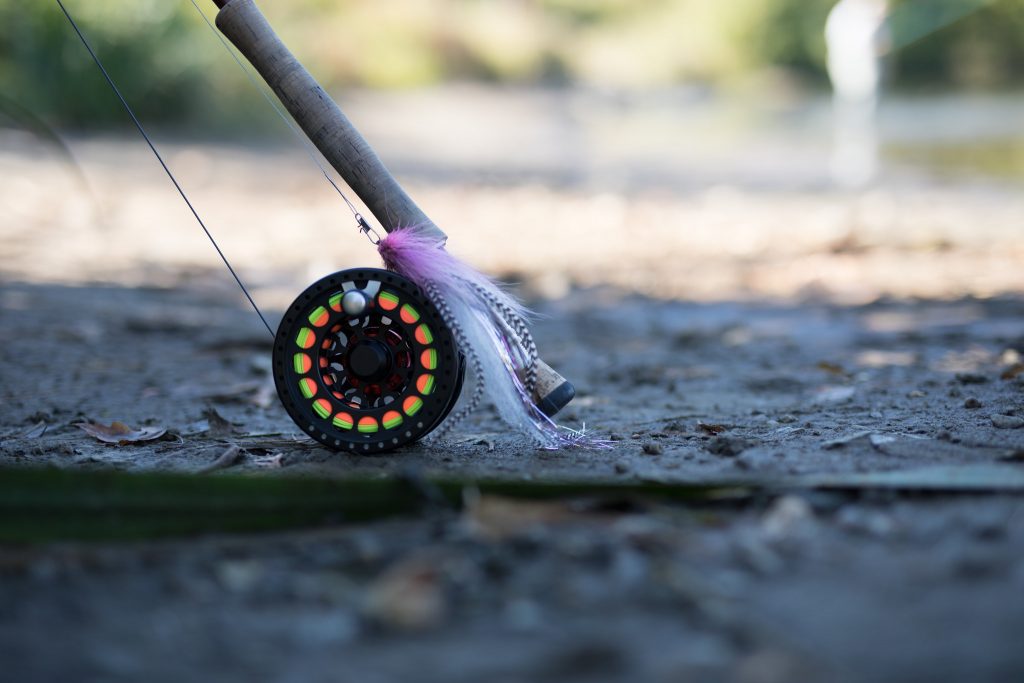 Lastly, rod strength and durability make a big difference. These fish are mean. If you hook a Musky with the wrong gear, chances are a fly rod is going to blow up in your face. Many rods aren’t designed to absorb the shock of a Musky that eats at close range then turns its head. One rod designed with increased strength and durability to cater to fish that eat boat side is the T&T Exocett Predator.

There’s one Musky rod on the market that’s better than the rest. The Thomas & Thomas Exocett Predator is a phenomenal rod designed specifically for Musky fishing. This rod is a manifestation of hours on the water chasing these large predators and the design has been honed and tweaked to fit any Musky angler’s needs. This rod is lightweight, incredibly durable, strong, and has an increased overall length for boat side hookups. If you’re serious about Musky, the Predator will give you the best chance of landing one.

OK, I know what I'm looking for. Now, which rod should I go with?

A couple of obvious choices include the Redington Predator, Sage Payload, Thomas and Thomas Exocett Predator, and the G Loomis IMX-Musky. Other considerations include the Scott Sector, Echo EPR, Winston Alpha Plus, Sage Igniter, T&T Exocett SS, and the G. Loomis Asquith.