A Different Way to Fly Fish Florida: Snook fishing on the Myakka River 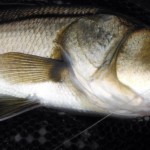 A Different Way to Fly Fish Florida: Snook fishing on the Myakka River

I had the great pleasure of fishing with Capt. Jim Klopfer this winter, and he was kind enough to write up a report:

“Oooh, I like the looks of that one!” I said as Ben opened up his fly box for me to inspect. I could tell by the look on his face that he did not share my enthusiasm. It was a white and olive Clouser pattern with a lot of gold flash. Gold is always a good choice in the tannin-stained water.

“Let’s just give it a half hour or so, and we can change it if it is not producing”. 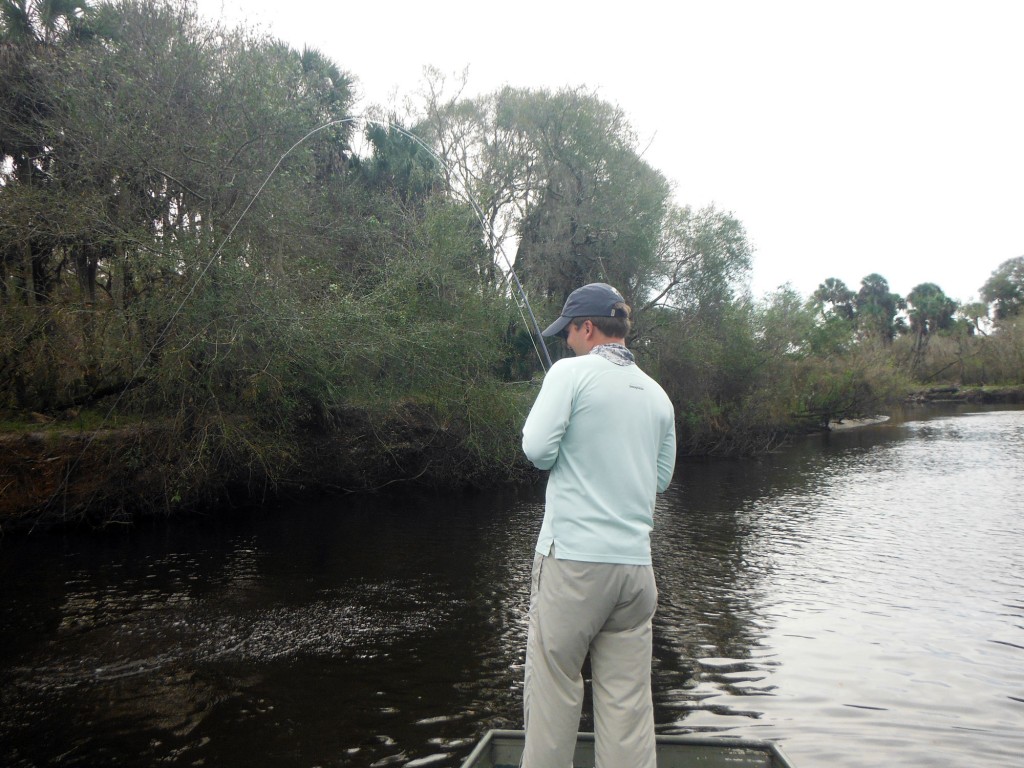 The Myakka River flows through Sarasota County 10 miles east of Sarasota and Venice, an hour south of Tampa on the west coast of Florida. It eventually flows south and along with the Peace River creates a renowned saltwater fishery; Charlotte Harbor. In the summer the water is high and fast from all of the rain, but in the cooler months it settles into a nice tidal river. As the water in the Harbor cools down, snook migrate up into the river to seek sanctuary in the warmer, deeper water. There is also a lot of food (bluegill, tilapia, mullet, fry, and crabs) for them to feed on.

For the most part, this is fairly easy fly fishing. Short casts are the norm in the river; managing the back cast is the primary challenge. An 8wt or 9wt outfit with an intermediate sink tip line is a good choice for the river. The leader is simple; just attach a 6’ section of 30 lb fluorocarbon and then tie on a fly. The fly selection is also pretty basic with Clouser patters in darker colors with some gold or rootbeer, along with a “firetiger” fly work well. Tie the fly on a #1 hook using large weighted eyes to get the fly down a few feet. Broad patterns such as Puglisi flies will also fool the wily snook, but are a bit harder to cast and will hang up more often.

Floating down the river with the current and casting towards likely fish-holding structure along the shoreline is the most productive technique. Shallow draft boats such as jon boats, canoes, and kayaks perform best, the water can get very shallow in spots. Make a cast, allow a few seconds to sink, then retrieve the fly back in using one foot strips. When a take occurs, use the “strip set” method to hook the fish. Pull sharply with the stripping hand and then raise the rod tip. Jerking the tip up as you might in trout fishing will result in fewer hook-ups. As in all fishing, vary the retrieve until a productive pattern emerges. Again, this is pretty straight-forward fishing and it is mostly a matter of covering the water until a hungry fish is located. Though snook is the primary target, largemouth bass, juvenile tarpon, gar, tilapia, and other species are frequently landed as well.

The Myakka is one of two rivers designated a “Wild and scenic river” in the state of Florida  - with the Suwannee being the other. This means limited access and development resulting in a relaxed and serene experience. The entire river is also a “No-wake” zone. Fly fishing for snook on the Myakka is a unique experience that is a half hour drive from the resort town of Sarasota, but a world away in terms of environment. I own a piece of property along the river that I use to access it and am the only guide working the river. For more information, contact Capt. Jim Klopfer at (941) 371-1390 or [email protected]