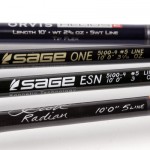 Trident Fly Fishing is a full service fly shop. We spend a lot of time testing gear and writing shootouts to give you all of the tools to make your next trip a success.  We are not a blog, or a review site. 100% of our funding comes from your gear purchases, so if this shootout helps you on your next fly fishing adventure, support us by buying your gear from us.

A 10’ 5-weight might just be the most versatile trout rod on the market today. In George Daniel’s excellent book, “Strip-Set”, George says that he now only brings one rod to the river: a 10’ 5wt. That’s a very appealing proposition to me as I own dozens of trout rods and am often tempted to bring 3-5 different rods on every trip. Needless to say, if I could carry one rod that could do it all, that would be a very tempting proposition indeed. Can the 10’ 5wt throw a streamer as well as your 7-weight, nymph as well as an 11’ 3-weight, and throw a dry better than an 8’6” 4-weight?

One of the best parts of our jobs is playing with new gear. While we love doing big shootouts like our 5-weight shootout and our 5-weight reel shootout, they take a lot of time and planning. We wanted to get you some great information about these rods, a LOT faster. Here’s a quick rundown of what you won’t see in this mini shootout:

Instead, we’re going to go out and cast a few of the more popular rods and give you our in-house honest opinion of them. 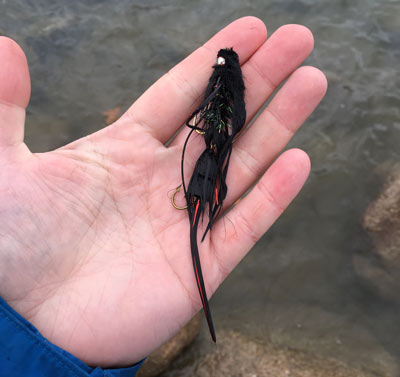 One of the claims made in George’s book is that you can throw some “pretty big” streamers on your 10’ 5-weight. I’ve got to be honest, I was pretty skeptical about this. During some early filming we used a heavy, yet small, conehead streamer. When the rods did that well, we upped the ante and went for some serious meat. To push this even further, we decided to do this test on a full sinking line. As you’ll read, there was quite a difference between rods when it came to streamer performance.

Longer rods are better for nymphing (of any kind). They keep more line off the water and make line management easier. But European-style nymphing is different. It requires a tight line and small flies. My go-to rod is an 11’ 3-weight due to extra reach and a superb medium action. Can a 5-weight replicate this? Can it even get close?

Well… no. After a day on the water testing these 5wt’s, it’s pretty clear why people choose an 11’ 3-weight instead. It comes down to feel, and you just don’t get enough feedback through the blank of a 5-weight to be really effective when Euro nymphing. I’m not saying that pros like George Daniel can’t make it work, but while I thought the 10’ 5wt did a great job at replacing my streamer and dry fly rods, I would probably still carry my 11’ 3wt if I expected to do a lot of Euro-nymphing.  As such, no rod got more than 50% of the possible points.

Casting accuracy was tested by casting yarn (for easy visibility) at an archery target. In addition to accuracy, we wanted a rod that could present a fly delicately. We awarded 10 points each for 30, 45, and 60’.

All of these rods looked pretty good. That said, the clear winner was the Scott Radian. It’s definitely built better than the rest. We inspected each rod and determine not only the build quality of each rod, but also how it looked and felt. While we aren't rod builders, we know when we see a well-built rod. One thing we missed on all of the rods was a fighting butt – something that you can customize on the Radian.

Swing weight is one of the most important factors in longer rods - and one where you'll see the most variation. While all of the rods in the test were 'light', not all of them felt that way. While none of the rods made me forget that the rod was 10' long, the Zephrus came closest and was the clear winner. It's definitely the most fun to cast all day.

This one is hard to describe, but some rods just feel better than others when you cast them. Whether it’s greater casting feedback, more flex, I’m not sure. But I can say that there’s never been a fly caster who hasn’t been able to talk about the feel of a rod, and it’s one of the most important characteristics when buying a rod.

Read on for our notes on each rod.

We’ve been fans of Hardy ever since they released the Zenith. The all new Hardy Zephrus FWS is the latest evolution of that great rod. As a 10' 5wt, the Zephrus stood out from the crowd by doing everything we asked of it really well. Ultimately though, if I had to pick one reason that this is the winner of our mini-shootout, it’s that the Zephrus felt most like a trout rod. It has the lowest swing weight and most moderate overall flex. It makes it much more fun to fish than the competitors.

Here are our notes about how it performed in each of the categories:

Streamers – We didn’t expect the Zephrus to cast streamers very well. It’s probably got the softest overall flex of the rods in the shootout (which isn’t saying much), which I thought would equate to poorer performance in the streamer department. Instead, the progressive flex and fast recovery speed made it fantastic. It really lets you open up your loop to throw big, heavy, flies.

Euro Nymphing – Given that this rod was designed by Howard Croston, it’s not surprising that it did better than average in this category. Or maybe I was just used to the familiar feel from the Streamflex. If someone stole my 11’ 3wt and I was forced to pick from a rod in this test, the Hardy would be the winner.

Dry Fly Accuracy – The Hardy is an excellent dry fly rod. It’s very accurate across all distances, but just didn’t present a fly quite as well as the ESN did in close.

After a win in our (9') 5-weight shootout, I expected a lot from the Orvis Helios 2. However, when I unboxed it, it was pretty obvious that this rod was nothing like its shorter brother. It’s got a very thick butt section (almost the size of an 8-weight), and is a VERY substantial rod. Moreover, it’s soft tip and stiff mid-section made casting larger streamers more challenging.

Streamers – Like the ESN, the Helios 2 had a soft tip and stiffer mid and butt sections. While not quite as extreme as the ESN, it did lead to more difficult streamer fishing. As expected, this rod was not a great performer when paired with a big articulated streamer. The problem is the soft tip and stiff mid and butt sections. This made it very difficult to open up the loop and pretty much guaranteed a tailing loop. This pretty much takes this rod out of the running for an all-around 10’ 5wt.

Euro Nymphing – While none of the rods were good, I felt the Helios 2 was a little bit worse than the rest. It relayed even less feedback through the blank than the other 5-weights.

Accuracy (Dries) – The soft tip on this rod made it a nice dry fly rod and gave it a lot of accuracy across the board, but it was a little floppy at longer distances.

The Sage ESN is dubbed as a Euro-nymphing specialist. While we didn’t think it was a great nymphing stick, the ESN exceled at dry fly fishing. Choose this rod if your streamer appetite is more of a size 6.

Streamers - As expected, this rod was not a great performer when paired with a big articulated streamer. The problem is the soft tip and stiff mid and butt sections which make it very difficult to open up your loop and virtually guarantees a tailing loop. Unfortunately, that means that the ESN is not much of an all-around 10’ 5wt.

Euro Nymphing – Yes, the ESN was slightly better than average while Euro nymphing. However, for a rod that was *theoretically* designed for this purpose, I still wouldn’t recommend it. It’s just too stiff overall to give you enough feedback to make a great euro-nymphing rod.

Accuracy (Dries) – The ESN was the clear winner here. The super soft tip made this rod an excellent dry fly rod – particularly at the shorter distances. It also had excellent presentation across the range. If you want a 10-footer that you can take to the spring creek, this is it.

While I really like the Sage ONE in larger sizes, I didn’t really think that it would do that well in this test. Because it’s so fast, it gives up some performance, particularly in close. Needless to say, it’s easily the most popular line of rods we carry and this test wouldn’t have been complete without it. As it happens, it also exceeded our expectations.

Streamers – Being the fastest rod in the test, we expected the one to really dominate the streamer category… and if we were looking for a rod to cast streamers 80’ every time, the ONE would have been our top choice. Unfortunately, we needed to be able to open up our loop and make shorter casts. The ONE certainly can do this, just not as well as the Zephrus or the Radian.

Euro Nymphing – I was a little surprised by the ONE in this respect. I actually thought it would make the worst nymphing rod by far, but it was actually ok and definitely in the middle of the pack. There were no issues casting my Czech rig, even with such a fast rod. Konnetic technology also added some sensitivity to the rod.

Accuracy (Dries) – While the 9’ ONE is a little too fast to be a great mid-to-short distance dry fly rod, the added length softens the rod and the ONE was excellent at medium and longer distances.

The Scott Radian was our second favorite rod in the test. It’s light, powerful, and sensitive, but a much faster rod than the shootout winning Zephrus. There were definitely things we preferred about this rod: the fit and finish, the excellent grip. But perhaps most importantly Scott is the only manufacturer that can customize the rod and add a fighting butt which would make this rod even better.

Streamers – The 10’ 5-weight Radian is an excellent streamer rod. It provided the right combination of power combined with tons of feel to make it easy to cast even the big stuff. It was second only to the Zephrus, and only by a smidge.

Euro Nymphing – I was hoping the Radian would do better here, but it was not quite as sensitive as the ESN and Zephrus, but still better than the Helios.

Accuracy (Dries) – It was a bit tough to rate the Radian here. On the one hand, it was a very accurate rod, but the high line speed made for tougher presentations at shorter distances.

A Note on Reel Balance

One thing we hear more opinions about than just about anything is reel balance. While this is very personal, if you’re going to be Czech or High-Stick Nymphing on your 10’ 5-weight and you want a reel that won’t have you fighting the tip of the rod, it will need to weigh AT LEAST 6 ounces and maybe as much as 7.5 oz.